In 2015 a Connekt delegation traveled to California for some fact finding. Two years later, from18 till 24 June 2017, a Connekt delegation went on a mission to Canada and the USA to explore a number of new challenges in cities. The Connekt delegation went to Toronto, Detroit and Boston focusing on Smart Cities & Sustainable Mobility. Throughout the world, we see more and more people moving to cities. ITS and logistics will play a big role in the fast growing urbanization, but also in new domains such as the Internet of Things, Mobility as a Service and Smart Cities.

On Monday 19 June, the official program of the Connekt mission started with visiting MaRS, a nonprofit entity that works together with partners to catalyze, accelerate, scale and diffuse innovation. 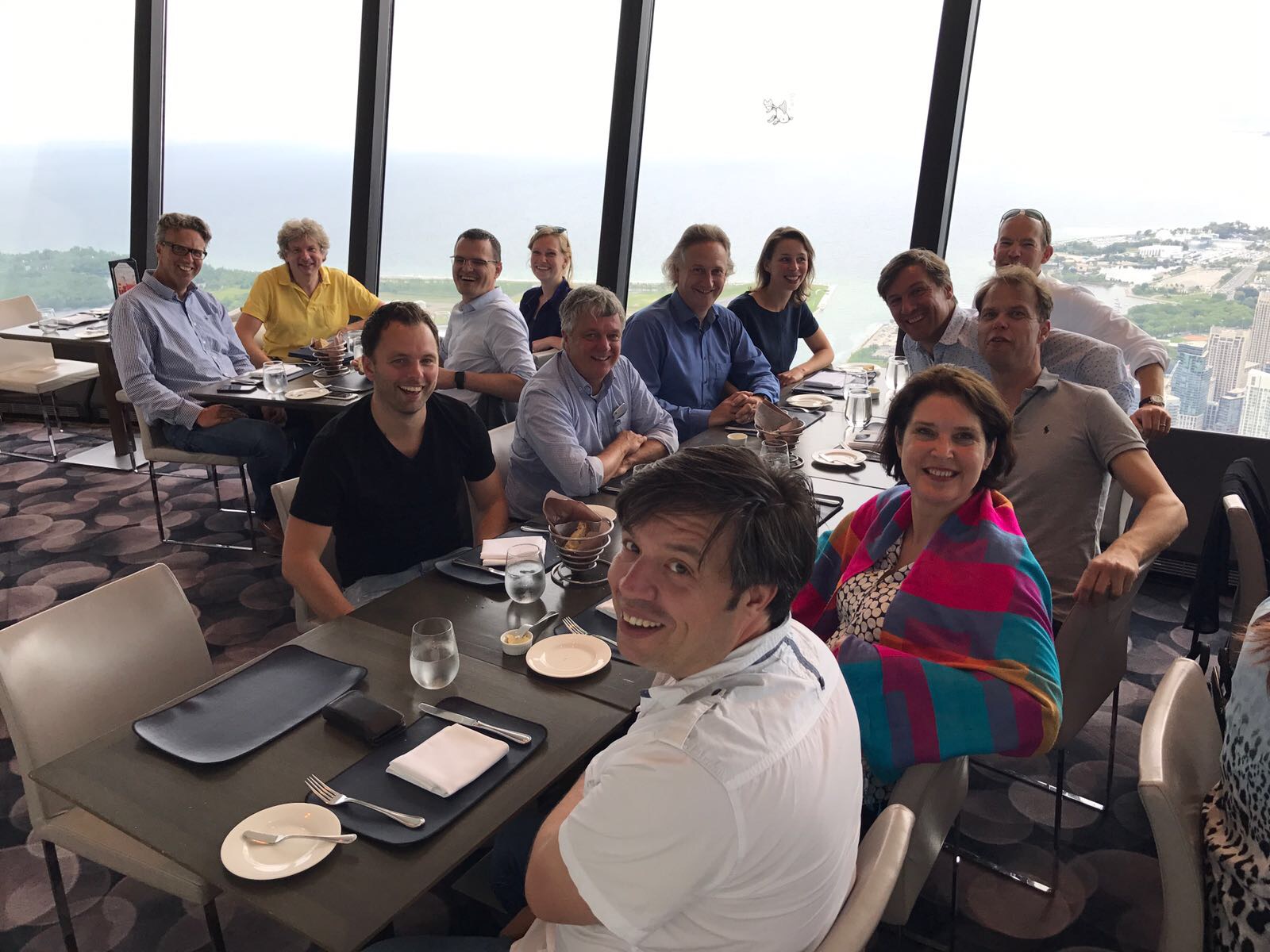 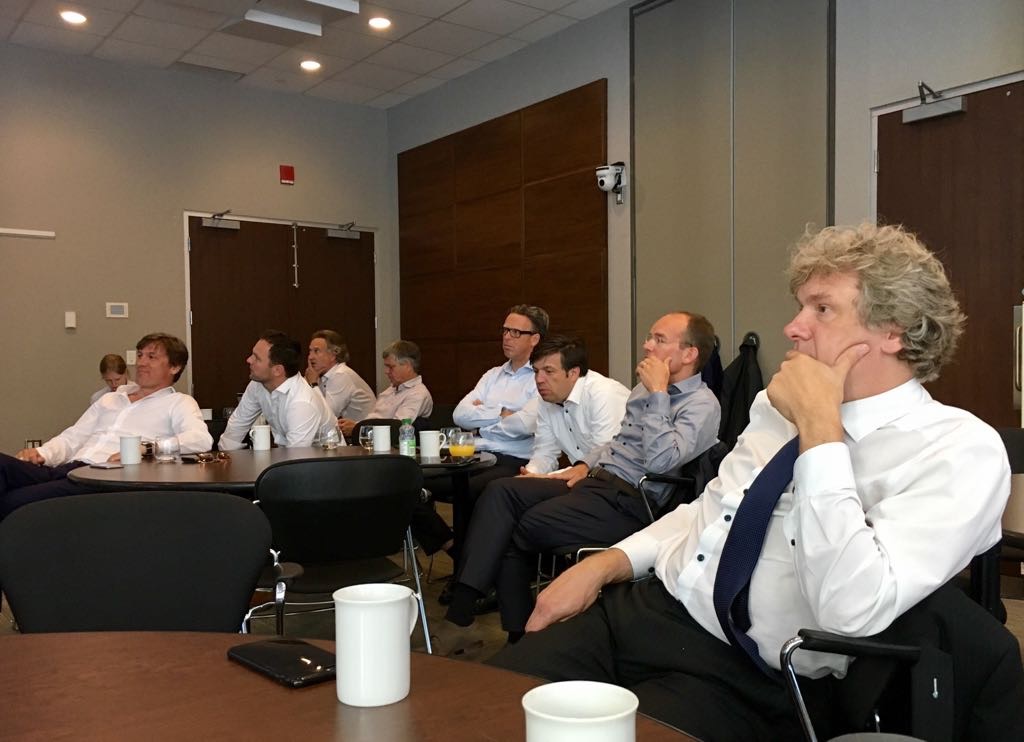 After visiting the largest innovation hub in North America, the group went to the office of IBI group where we had organized a discussion on designing the cities of tomorrow. Besides the deferred maintenance of the current infrastructure for the last 30 years in Toronto, they are also dealing with a huge population growth. IBI Group and Metrolinx are designing solutions that will influence the behavior of the people. In the afternoon, the delegation visited the City of Toronto. The meeting had a strong focus on intelligent transport systems and ended with a visit to  the Traffic Management Center of Toronto. The delegation ended their first day in Canada with a network dinmer with ITS Canada.

On the second day in Canada the delegation was invited by Frank Wammes for an interactive meeting at the Applied Innovation Exchange (AIE) in Toronto. After lunch at the AIE at Capgemini, the delegation took the plane to Detroit.

On Wednesday, the Connekt delegation moved to Dearborn to visit one of the OEM’s located in Detroit: Ford. The participants had a fruitful discussion about the ambition and possibilities of scaling automated driving. In the afternoon the delegation went to the Detroit Regional Chamber of Commerce where the City of Detroit joined the meeting. Because of the major economic and demographic decline, they are facing different challenges than, for instance, Toronto. The Group concluded their day with a network dinner with over 15 invited guests.

The next morning the delegation traveled to Boston. In the afternoon the City of Boston welcomed us at their Office of Economic Developments. Boston is facing a rapid growth of population, and because they are housing the largest industry of life sciences and lots of highly ranked universities, Boston is also the youngest US city. It was interesting to go through the ‘Imagine Bostin 2030’ plan (http://imagine.boston.gov/imagine-boston-plan/) that was created after a period of more than 50 years of lacking such a plan. The plan was created with input from citizens themselves. 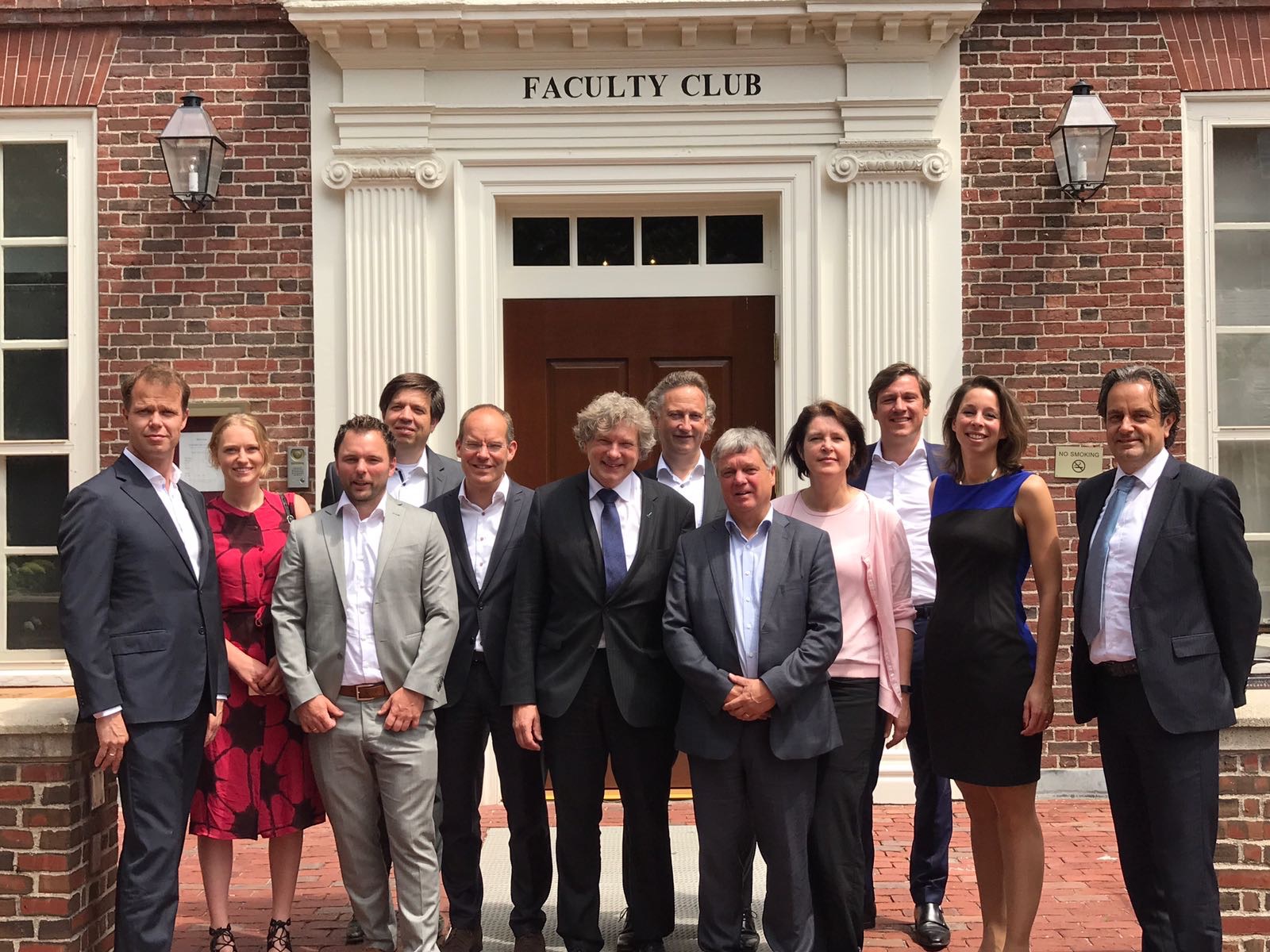 On the last day of the Connekt mission, the delegation traveled to Cambridge to meet with MIT and Harvard. At MIT, we were invited to meet with the Senseable City Laboratory. They are working on a lot on projects together with cities and they believe in the strength of partnerships. Two interesting projects that were addressed were the Hubcab in New York and the RoBoat project in Amsterdam, carried out together with the AMS Institute. 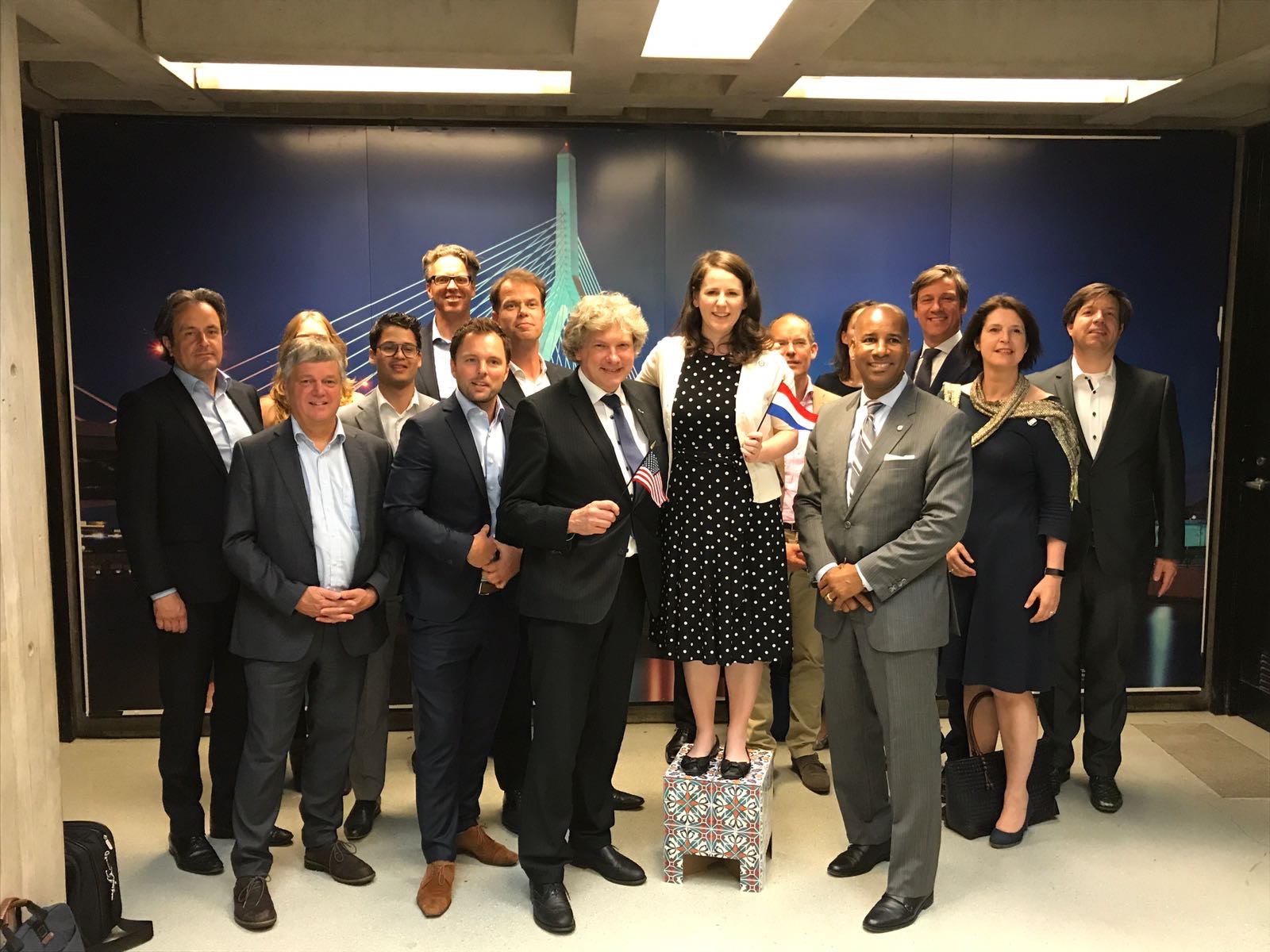 The Connekt delegation went to the exclusive Harvard Faculty Club for lunch, followed by a meeting with The Bloomberg Harvard City Leadership Initiative. They presented the initiative developed to help mayors and cities with innovative leadership in policymaking to solve urban challenges, deliver exceptional results for their residents and advance a culture of high performance and innovation. Within the initiative they strongly focus on creating a different mindset (collaborative capacity) rather than a new toolset. By combining data and adding a risk score, they are able to use algorithms for all sorts of problem prevention.

Thanks to all our hosts, the delegation looks back to a fruitful trip to Canada and the USA.