Connekt chairman Nico Anten opened the Connekt Talk Smart Cities Hackable Cities with this apposite quotation of Wellington Webb, former Mayor of Denver: we now know that Webb was right – we also know that our 21st century cities are going to be smart.

But with smart cities come questions about safety, privacy and social inclusion. To anticipate these questions, Connekt invited the Media Department of Utrecht University, KPN and the City of Amsterdam for the Connekt Talk ‘Smart Cities, Hackable Cities’.

Science fiction
Dan Hassler Forest, assistant professor Media Studies at Utrecht University, opened with a challenging thought of George Monbiot: “Political failure is in essence a failure of the imagination.” How can media provide stories that contribute to an understanding of how the world works? And how can media make a positive impact on shaping our futures? 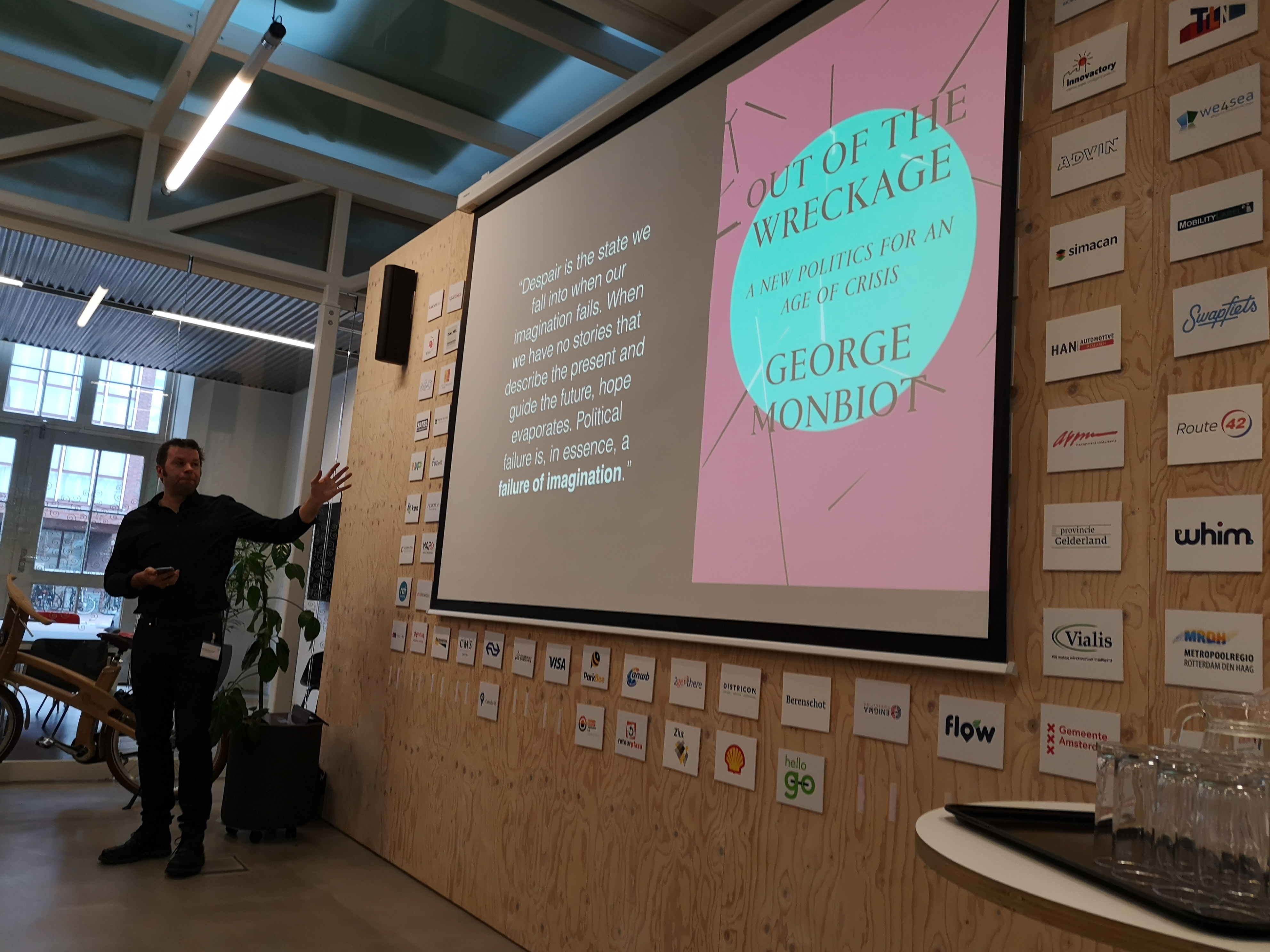 Dan addressed the tension between science fiction and reality. Films like Metropolis do not question how it all works, but they provide an impression of utopian or dystopian futures. Films can make us think of ways how to tackle the problems of urban society. See for instance Dan’s video compilation for Places of Hope, an exhibition and series of activities organized during Leeuwarden-Friesland European Capital of Culture 2018, which explores how we can shape the future of the Netherlands together. Science fiction is the literature of estrangement. It forces your mind in a different position, to make you think of how we can achieve the goals that are laid out in utopian imagination.

New media in the city
Michiel de Lange, assistant professor New Media Studies and initiator of www.themobilecity.nl. His main question is: How can we make Smart Cities that put citizens at centre stage? 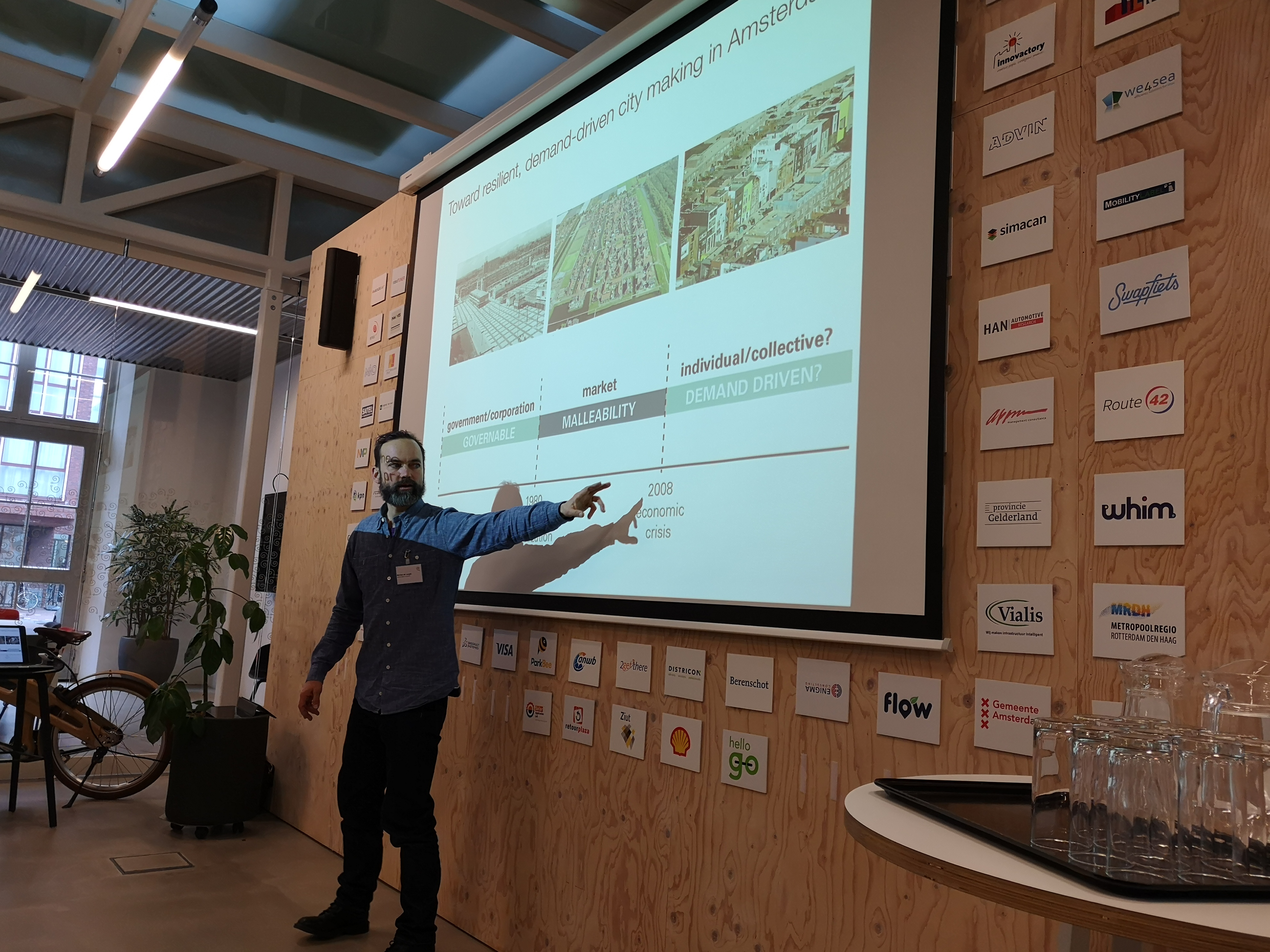 Designers may ask questions about the balance design, technology and ethics. Take for instance the design of benches along the street that are impossible to sit or lie on: that design has a social impact, the average drunkard would not be able to find a comfortable place in such spaces.

Likewise, we can ask the question: What type of program is imbedded in today’s smart technologies? What kind of citizen does it create? We may be optimizing consumer experiences, use smart mobility technologies, and drive in isolated pods, but what effect does this have on social life? Michiel explored alternative narratives of the future smart city in Buiksloterham Amsterdam, where an industrial production area was turned into housing project. It became an urban living lab.

Hacking is usually seen as a negative thing that should be controlled (cybersecurity). But hacking also means: trying out something new. “The real hackers are not afraid of camping out in the mud. So we need hackers to create the smart city.”  – hacking is the spirit that companies and cities would need to design smart and sustainable cities. See also www.thehackablecity.nl

Digital revolution in the Capital 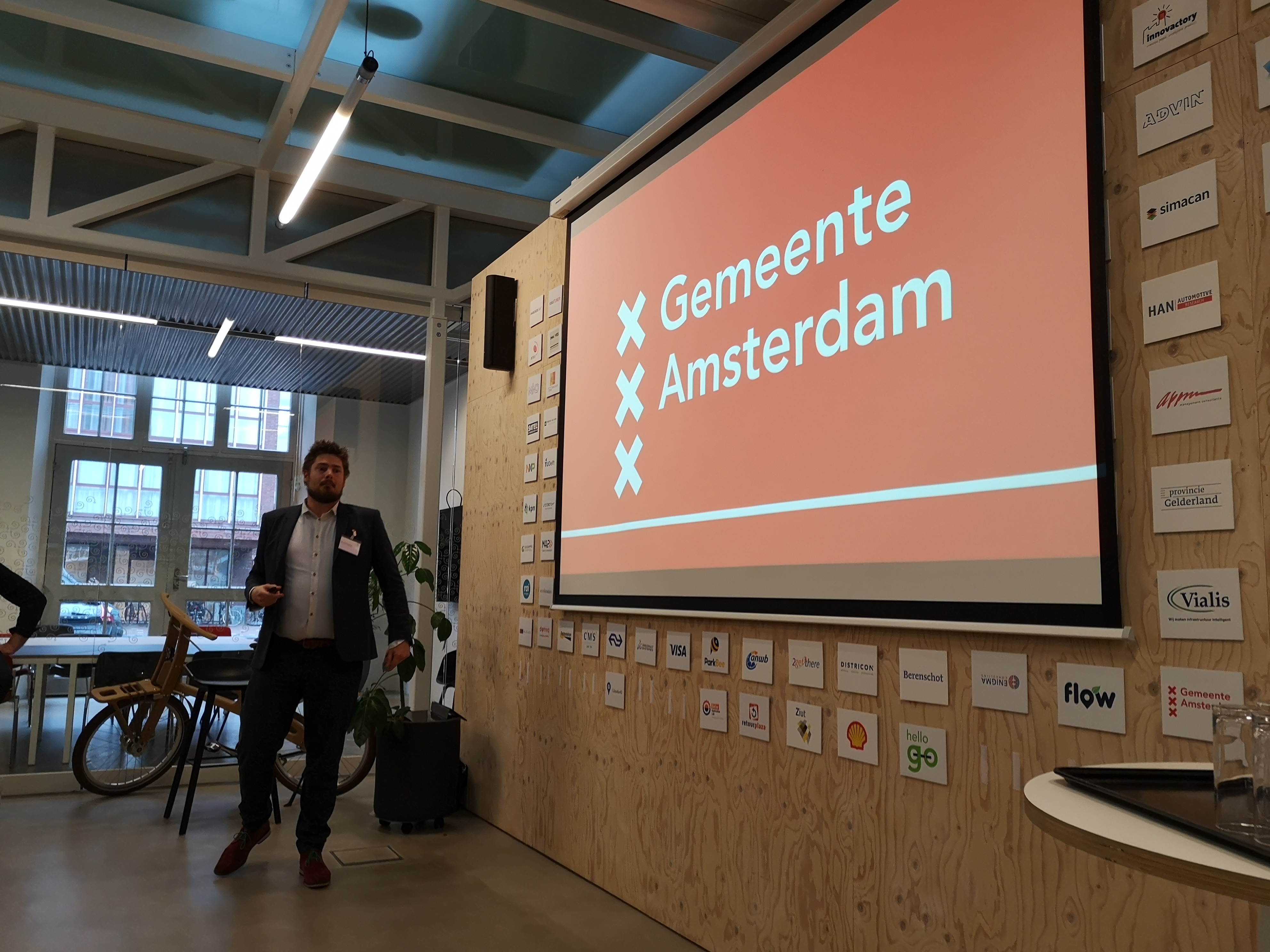 Aik van Eemeren from the Chief Technology Office at the City of Amsterdam informed the audience about several initiatives of the City of Amsterdam. There is so much happening in the world, it is important to realize that ‘we make the city’: hence decision-making is crucial. London, for instance, in the second industrial revolution chose to use oil for lighting, while Amsterdam chose electricity. Likewise, we will have to think through the impact of a choice for 5G, because all such choices shape our cities.

Aik’s key question is: How do we become a future-proof government and what decisions do we make? Smart Cities are not only about smart people, but mainly about choices for livability in the long term. We want an inclusive and fearless city that involves each citizen.

Smart City becomes smart society
Edwin Bussem, business builder at KPN. KPN, traditionally the Dutch telecom company, needs to respond to the rapidly changing technologies and digitalization of processes and services. The company wants to transform to a leading digital players: “We need to reinvent ourselves.” 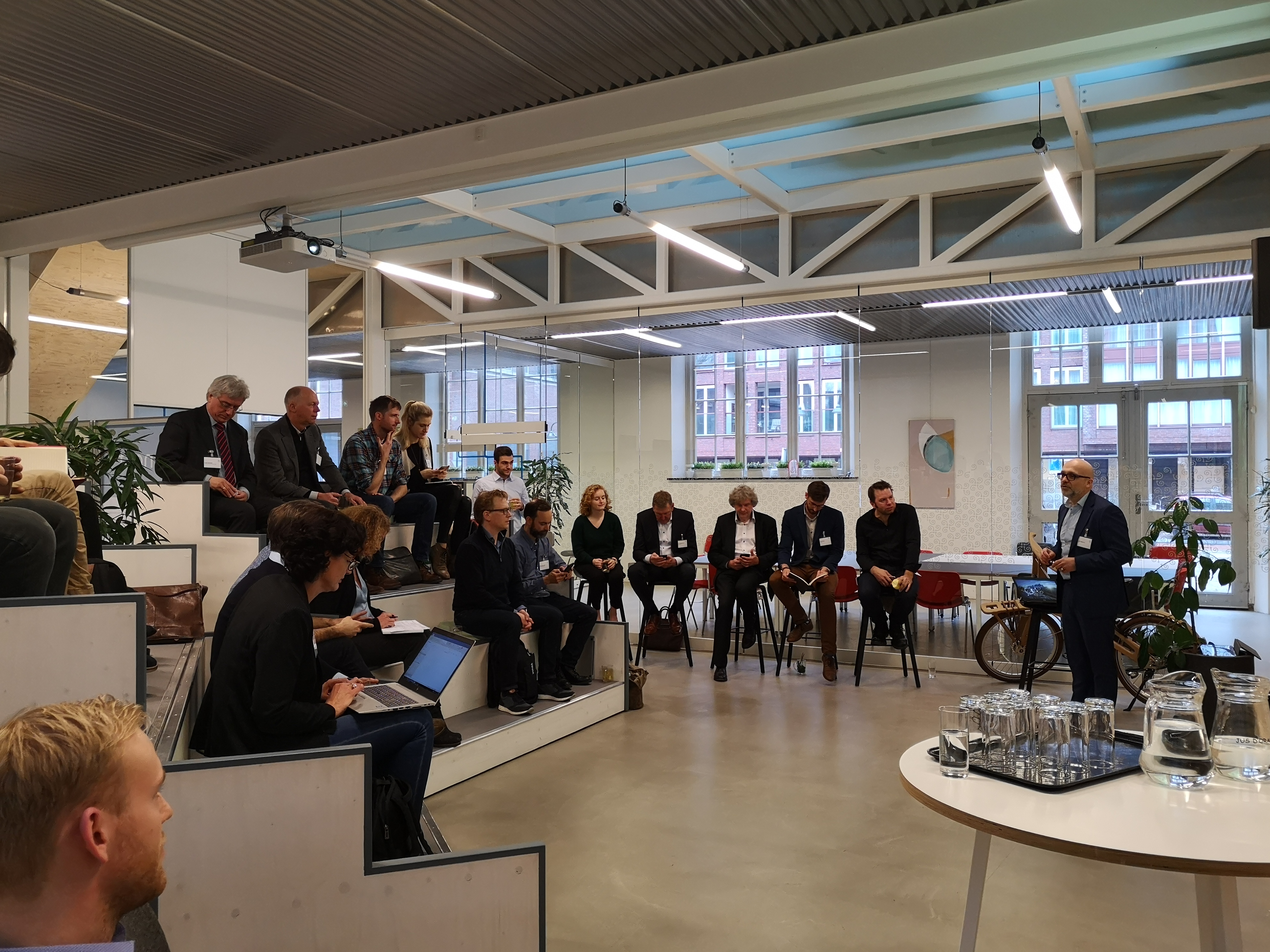 Once everything is connected, trust and ethics are the most difficult part. How can we make sure that what has been shared is not shared with everybody? Now the world around us is connected, we need to contemplate what it brings us, and how devices can interact to make a meaningful impact on people’s lives. A big group of people is not part of the digital revolution (yet).

At the same time, our connected society has an impact on the way we innovate. As an innovator, you do not isolate yourself behind a door in a laboratory, you are in the middle of society. This requires open ecosystems, innovation with partners and customers. KPN co-creates with their customers: a group of 400 – 5.000 very active consumers participates in the co-creation panel and decides what KPN’s level of service is going to be.

Panel discussion
Taylor Stone of the Centre for Ethics and Technology at TU Delft gave an excellent wrap-up of the four presentations, thus introducing the panel discussion chaired by Nico Anten. A lively discussion on how to insert values in the creative process followed. The transition to Smart Cities requires bridging the gap between citizens and the city council, active co-creation with companies and citizens, and ethical reflections anticipatory to decision-making. We will have to bridge tensions like ‘One people’s pleasure is another one’s burden’, ‘scale and purpose’. When do we have a ‘just’ city?

Overall conclusion: in order to widen our perspective and explore what the effects of technology will be, we will have to use our imagination. Connekt intends to explore new narratives for social inclusion in Smart Cities with its members. Very welcome to join – please send an e-mail to Laura Mols.